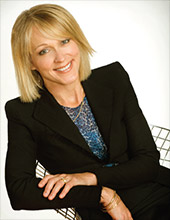 Tracey Curro is a Queensland University of Technology Outstanding Alumnus with over 20 years experience as a journalist, producer and presenter in mainstream media.
Tracey’s company has created and produced numerous documentaries and magazine series for the Seven and Nine Networks and international broadcasters.

Following a distinguished career on flagship news and public affairs programs, Tracey held the position of General Manager of Communications at the Victorian Government agency, Sustainability Victoria, from 2006 to 2008, where she was responsible for brand strategy, corporate reputation and engagement.

In February 2010, Tracey joined SHK Executive Search, where she leads the leads the Communication, Corporate Affairs and Digital practice.

Across her media career, Tracey worked on all Australian commercial free to air television networks on nationally broadcast news, public affairs and magazine programmes. Tracey has presented evening prime time news for the Ten and Nine Networks in the Melbourne and Brisbane markets, and spent six years travelling the globe as a reporter for the popular science and technology series Beyond 2000, and then for 60 Minutes where she’s best remembered for eliciting Pauline Hanson’s famous ‘please explain’.

Across 2005 and 2006, Tracey Curro was heard on 774 ABC Melbourne where she worked as the fill-in presenter for Jon Faine, Richard Stubbs and Virginia Trioli. From 2000 to 2009, she also worked as a features contributor to Australian Women’s Weekly magazine. . Since her mother’s death from ovarian cancer in the l990s, Tracey Curro has been a passionate Ambassador for the Women’s Cancer Foundation. In 2014, Tracey Curro joined the Board of Ovarian Cancer Australia.

Tracey Curro is highly regarded as an MC and as a facilitator of business meetings and panel discussions. With her strong journalism background and experience in small business and corporate marketing-communications, Tracey brings an ability to handle information and issues, and engage with diverse audiences and stakeholders, across a wide range of sectors.

Tracey holds a Bachelor of Business (Communication) from the Queensland University of Technology. 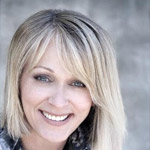