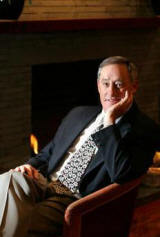 Stan Alves is one of those rare individuals whose multifaceted ability has taken him from the elite sporting arena, into that of business management and back to sport.

In 1994, Stan Alves was appointed coach of the St.Kilda Football Club in the Australian Football League. St. Kilda was the club that had been starved for success and only had one premiership to it’s name after 97 years in the competition. The previous season they had finished 12th out of 15 sides in the competition and it was felt that apart from five very good players, they were not up to the required standard. This was compounded when at the end of the 1994 season, Tony Lockett, arguably the team’s best player, moved to Sydney to play with the Swans in the coming 1995 season. Poor on-field performances and a declining membership base had the club in a precarious financial position – the future for the club looked very bleak…….

At the end of the 1998 season, when Stan Alves left St. Kilda Football Club, he had taken them to two Finals Series, won an Ansett Cup Pre-Season Competition Premiership (their first of any kind in 30 years), got them to their first Home and Away Season Grand Final appearance in 31 years and guided them to where they were now respected for their on-field performances. On an individual basis, thirteen of his players were honoured by the State of Origin selection and one of his players (Robert Harvey) won consecutive Brownlow Medals. The club capitalising on this strong on-field performance increased their membership to a massive 25,000 and moved into a strong financial position.
For his own part, Stan Alves became St. Kilda’s longest serving coach and was rewarded with 1997 Coach of the all Australian Team and 1997 AFL Coach of the Year.
What did Stan Alves do and how did he so dramatically turn a much maligned group of players into a powerful and respected team???
Now, as a master communicator, Stan Alves has the ability to create comparisons between sport and business and also shares his coaching secrets to help lead your team to success.
You will learn how to get the best out of each of your people and the team, at the same time. Stan Alves will show you how to develop the talents of the individual whilst guiding the team to the attainment of a common goal.

When your booking your next Sports Night or Corporate Function always keep Stan Alves in mind.