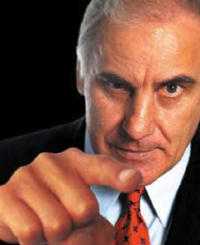 Sam Kekovich started his career with the North Melbourne football club in 1968,

In the following year, Sam Kekovich won the club’s best and fairest award, and was the club’s top goal kicker, kicking 56 goals.

From that point, the brilliance of Sam Kekovich was displayed only in flashes as he seemed to put more effort into other non-football activities, including soccer, trampolining, and posing naked in the “Truth” newspaper. These began to grate with those in power at the Kangaroos.

However, Kekovich did play a role in the club’s breakthrough premiership win in 1975. Kekovich holds the dubious honor of being North Melbourne’s only player who was absent from the club’s 1975 Premiership team photo. In the 1975 Grand Final, Sam Kekovich kicked one goal, had 16 kicks, 3 marks and 6 hand passes, Sam Kekovich also played a pivotal role by assisting Mick Nolan by contesting boundary throw-ins, in which he won most of the hit outs against Hawthorn’s top ruckman Don Scott

After playing 124 VFL games for the Kangaroos between 1968 and 1976, Sam Kekovich moved to Collingwood in 1977, but only played four games, retiring that season. His football career did not end, as he played in the Victorian Football Association for Port Melbourne Football Club.

Sam Kekovich was included in the North Melbourne Team of the Century, on the interchange bench.

Sam Kekovich played 150 Games at North Melbourne and 4 with Collingwood. During this time he was Club champion for North Melbourne in 1969. In this time he also represented Victoria, and then went on to achieve the ultimate with his fellow team mates, he went on to be a member of the 1975 North Melbourne side that managed to win the club’s first ever Premiership. Sam is currently head of Geelong’s Radio K-Rock Football commentary with Bob Davis & Billy Brownless and also appears as a member of Channel Nine’s Sunday Footy Show Panel. As a public speaker, Sam is probably the most eloquent, reciting hilarious tales of his career and football as it was in the Seventies. Sam is certainly someone to keep in mind when booking your next Sports Night. 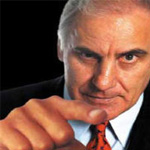