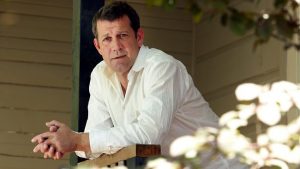 … who’s credits cover wide-ranging experience in film, television, theater, comedy and radio. The recent host of the 2020 Summit in Canberra with ‘wingman’ Hugh Jackman, his productions have been the recipient of AFI, IF, Logie, Helpmann and Green Room Awards, as well as Oscar and BAFTA nominations.
Rhys Muldoon’s extensive television performances include roles in the acclaimed and awarded television productions Grass Roots as the MBA adorned General Manager, Bogle and Chandler in the role of Dr Bogle, Bastard Boys as QC Julian Burnside, and Mark Oliver on House Husbands, as well as Aussie classics Secret Life Of Us, McLeod’s Daughters, Blue Heelers, Farscape and Big Sky. Rhys has been a regular guest on Good News Week, The Glasshouse, The Fat and as Belvoir St Celebrity Theatresports Champion with team-mate Adam Spencer.
Film roles include the Academy Award-nominated The Saviour, Valentine’s Day in the title role of Ben Valentine, Bitter & Twisted, Secret Film Project and Jimeon’s The Extra.
Recent theatre roles include Stuff Happens as former Prime Minister Tony Blair, Don’s Party, Noel Coward’s Design for Living, Steven Soderbergh’s Tot Mom, David Hare’s Gethsemane, and a Green Room Award-winning turn in Decadence.
Radio credits for Rhys Muldoon include regular appearances on MMM, most recently with Wil & Lehmo. On JJJ he wrote and regularly presented the popular segment Gay School as well as hosting programs on ABC local and national radio, where a recent co-host included Kevin Rudd.
Rhys’ pursuits and passions are broad. As a ridiculously passionate AFL supporter, Rhys regularly hosts innumerable corporate, player, fundraiser and supporter functions. He also writes and presents the occasional AFL commentary. Though loyal to his code, he has also been known to assume the role of Hottie Van Der Stratton, former South African Rugby Union national for events.
Rhys Muldoon has a passion for crime writing, particularly Australian true crime, which led to his appointment as a judge on the annual Ned Kelly Awards where he also participates in their annual crime-themed debates. His enthusiasm for poker has seen him compete in the Fox Celebrity Poker Challenge, where despite getting the opportunity to play with some of the best in the biz, he went all in on a pair of twos and was beaten by Sally from the Weather Channel.
His longstanding host role in Play School, as well as in other children’s classic programs including Sarge in Tim Winton’s classic Lockie Leonard have led to his involvement in various children’s events, activities and fundraisers.
Rhys has MCed, hosted and performed at countless events, including key note speaker at the Sydney Swans’ 25th Anniversary Dinner, Sydney University’s annual Blue and Gold debates, St Kilda Football Club President’s Dinner, Premier of NSW Annual Concert, Conference of Local Councils Queensland, The Law Society Queensland, Nickelodean’s Big Top, Carols by Candlelight in the ACT and many, many more. Yes, he loves hosting.
Playing either himself, or someone else, Rhys’ talents as a performer, entertainer and host in conjunction with his broad interests and experiences can add more than a little character to your event 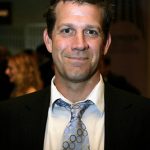 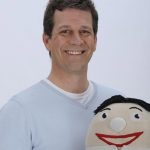 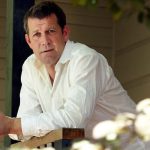 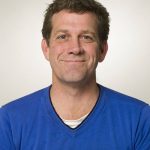 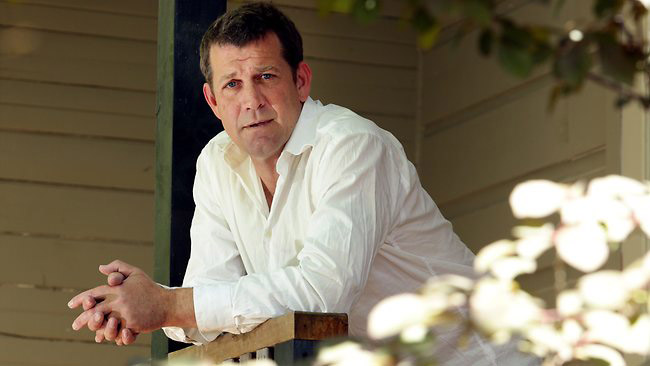