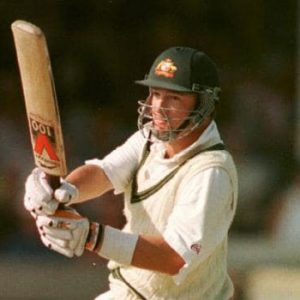 Mark Waugh is a former Australian cricketer who is regarded by many as the most classical stroke maker the game has seen. Replacing his twin brother Steve in 1991, Mark made his Test debut against England, scoring an impressive century.

Batting throughout the order earlier in his career, Mark is perhaps best known for his time as an opening batsman. In the 1996 World Cup, Mark scored three match winning centuries.

…Joins Fox Cricket The announcement comes only weeks after one of Australia’s most loved cricketers, Adam Gilchrist, was confirmed as the face of FOX Cricket, joining Allan Border and Brendon Julian to create the country’s most formidable cricket team.