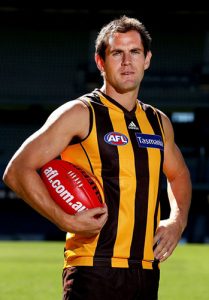 ….Leading by example and regarded as one of the AFL’s toughest players physically and mentally Luke Hodge became one of Hawthorn’s all time great captains in 2015 by captaining the Hawks to their third straight premiership. In 2014 Luke Hodge captained the premiership team and won the Norm Smith Medal for the second time. His two second-quarter goals in the Grand Final were typically Luke Hodge, coming about after brilliantly reading the play. Hodgey’s trademark is courage, toughness and a never die attitude.
One of the AFL’s greatest leaders in the history of the game, Luke Hodge is a great choice to come and talk to your corporate team about working with a winners mindset and team engagement.
Hodge was recruited from the Geelong Falcons Under 18 Football Club, and in 2001 nominated for the 2001 AFL Draft. He was the number-one draft choice of Hawthorn Football Club (taken from Fremantle for Trent Croad and Luke McPharlin).
In the early years of his career he was compared with Chris Judd who was chosen with the third selection in the same draft.

Luke was named in the 2005 All-Australian team and in the International Rules team for Australia. Hodge was named sole vice-captain of the Hawthorn Football Club in October 2007. He was named in the 2008 All-Australian team and in International Rules team for Australia. Hodge won the Norm Smith Medal for being the best player on the ground during the 2008 AFL Grand Final.
Luke Hodge is also the last No. 1 draft pick to win a premiership, to date. Hodge became the current captain of the club after Sam Mitchell handed over the captaincy prior to the 2010 Peter Crimmins Medal count. Hodge’s history of strong performances in finals, in particular during Hawthorn’s run of three consecutive premierships in 2013, 2014 and 2015 has led to members of the media, including commentator Bruce McAvaney, to dub him “Mister September”, after the month in which AFL finals traditionally take place. We are pleased that Luke is making himself available where possible for inspirational speaking engagements for sporting clubs and the corporate sector. 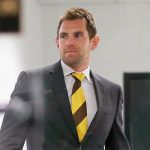 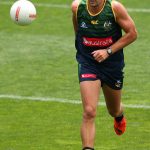 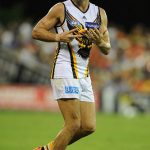 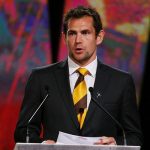 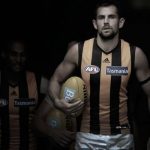 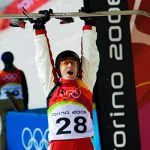 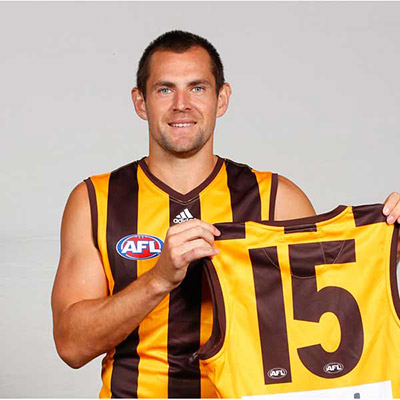