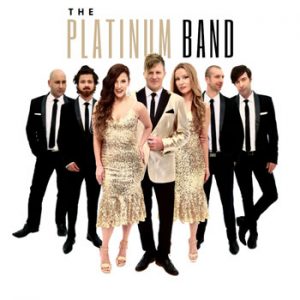 THE PLATINUM BAND is one of Australia’s most established and well respected corporate event bands.  Wowing audiences both here and overseas for the past decade, Platinum continues to set the bar in corporate entertainment.  Fronted by the incomparable Jud Field who’s worked with some of the biggest names in the business, including: The Madden Brothers, Guy Sebastian, and Marcia Hines, he is also a regular performer on a multitude of TV programs. Platinum’s shows are always fresh, bold and action packed!..  Showcasing some of Australia’s finest musicians including vocal sensations Juanita and Dalys Timpanaro, whilst offering a range of lineups to cater for the varied event sizes, Platinum is the go to choice for any corporate event!

The Platinum Band has three different line ups to cater for your event.

The Platinum Band – 7pce
The 7pce band has the glitz, ..it has the glamour.  This has the ‘Big’ show feel featuring Jud Field, Juanita and Dalys Timpanaro with a full backing band. Plus for added punch, a 3pce horn section and dancers can be added.  If you want your event to go off with a bang, this is the line up to get.

The Platinum Band Classic – 5pce
If you still want a fun and energetic show but with a more intimate feel, this is the perfect fit. With two lead vocals, and a 3pce backing band, this outfit is a firecracker that will be sure to have your event pumping like its 1999!

The Platinum Quartet – cocktail
Loose yourself in the romance of yesteryear.  This quartet is the classic ‘brat pack’. Perfect for playing background music at a cocktail party, or during dinner at a black tie event.  From old school jazz and swing, to Latin favourites, you will love the elegance and sophistication that this quartet will bring. If you are a bit of an old softie for a bit Sinatra, Ella Fitzgerald or Michael Bublé, this is definitely for you!


The Platinum Band was last modified: May 29th, 2019 by Graham Owens
Summary 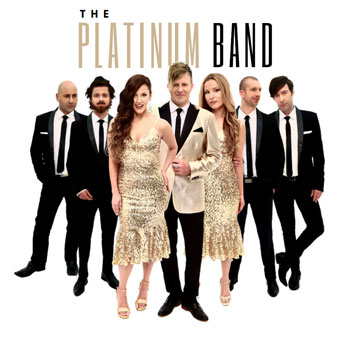