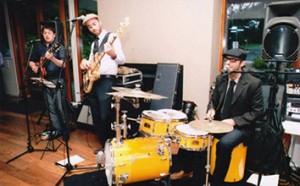 The Lowdown is a Melbourne Cover Band

The Lowdown consists of professional and experienced musicians that have been performing in Australia and internationally for over fifteen years.

Smooth and cool with a cooking rhythm section and a fat grooving sound, the Lowdown are unique soul funksters. Their performances explore a range of emotions and sounds, distilled through the musicians’ hearts and minds, taking you on a journey of 70’s funk classics to modern and original soul. You will hear an explosion of hip moving grooves…and will not be able to sit still…!

The Lowdown is a 4 piece cover band that also works as a 5 piece (add keyboards), 6 piece (keyboards and exit horn or congas)

Listen to ‘The Lowdown’!!

Super Bad – James Brown
Superstition – Stevie Wonder
The Ghetto – Donny Hathaway
The Way You Make Me Feel – M.Jackson
The Work – Prince Use Me – Bill Whithers
Valerie – Amy Whinehouse
Waitin’ In Vain – Bob Marley
Welcome – Maxwell
What’s Goin’ On – Marvin Gay
When We Get By – D’angelo
Who Is He – Bill Whithers
Jazz
All Of Me –
Autum Leaves –
Come Fly With Me –
Devil May Care
Easy To Love
Fever
Fly Me To The Moon
Girl From Ipanema
It Had To Be You
Moondance
September In The Rain
Summertime
Sway
They Can’t Take That Away From Me
What Is This Thing Called Love