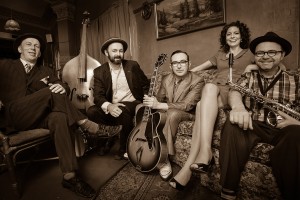 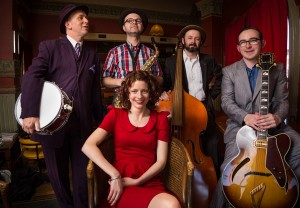 es in our community.
The focus then and now for Swingin the Gatsby is on playing the tunes of the Gatsby and Savoy Ballroom era, and to reimagine the jumpin’ vibe of this iconic dance hall era with a smaller and more portable ensemble.
Swingin the Gatsby arrangements are both drawn from original charts and also arranged by members of the group. The lush Swingin the Gatsby horn section and guitar that draws on early rock-n-roll forms provides a splash of individuality, and some red hot solos. Jennifer rounds off the sound with a timbre and delivery well matched to the era.
Swingin the Gatsby are guaranteed to get you on your feet and dancing with swing band tunes predominantly from the 20’s, 30’s and 40’s Big Swing band Era.

…kick out the dancing tunes with Lindy Hop in mind. You’ll hear songs that were performed by the likes of Fats Waller, Duke Ellington, Count Basie, Ella Fitzgerald, Louis Prima to name a few.

Have a look at the Gatsby’s LIVE videos

The Blue Room
Shiny Stockings
(Back Home In) Indiana
Why Don’t You Do Right
Where Or When
Jump Jive An’ Wail
Cotton Tail
Love Me Or Leave Me
Ev’rybody Wants To Be A Cat
Keep Punching
READ MORE...READ LESS

‘Taint what you do
Jumpin’ At The Woodside (so fast! Slow it down.)
Splanky
One o’Clock Jump
Don’t Be That Way
Shorty’s got to go
Apollo Jump
Two Sleepy People
Ain’t Misbehavin’
Georgia On My Mind (Django Reinhardt)
READ MORE...READ LESS 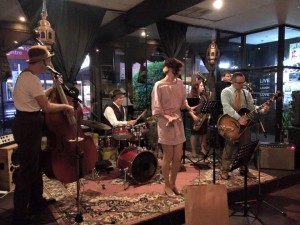 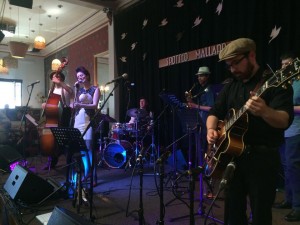 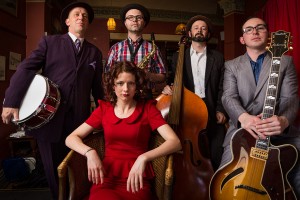 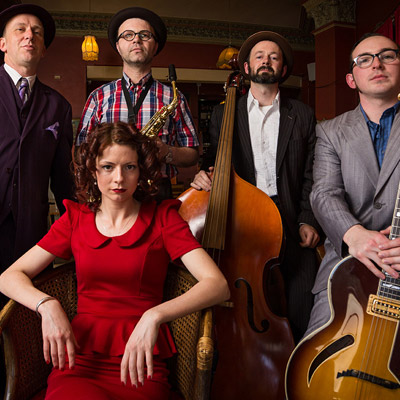