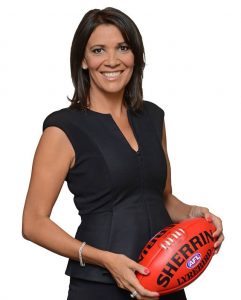 Shelley Ware is a proud Yankunyjatjara and Wirangu woman from Adelaide, South Australia, who currently lives in Melbourne and well known as part of the ground breaking SBS football program Marngrook.

For the past decade or so, Shelley has worked in the media as a radio and television presenter on both local and national AFL football news shows. During that time, particularly as a member of NITV’s Marngrook Footy Show team, Shelley has become one of the most respected and recognised female presenters of AFL football in the country. Shelley’s role on The Marngrook Footy Show has expanded to a permanent member of the panel, discussing and analysis AFL games. Shelley has her own segment, Around the Grounds where she discusses events, and local issues, from various Indigenous communities around the country.

Shelley also works part-time as an childhood educator at Kew Primary School in Melbourne where she coordinates a Literacy Intervention program.

Shelley is also a regular Master of Ceremonies, keynote presenter to corporations and events, espousing her personal journey, perspective on females in sport, Aboriginal issues, and also childhood education. 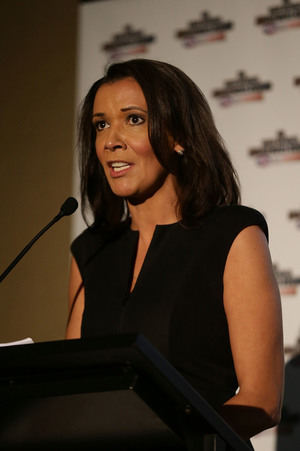