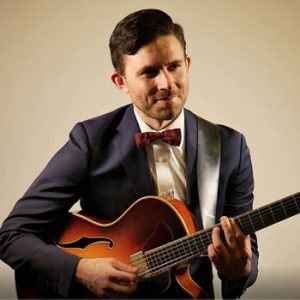 Sam is a Melbourne based musician who plays a variety of styles from European and American jazz and blues, pop, rock, country and eastern European traditional fold music. He specialises in jazz music from Django Reinhardt and Charlie Christian to the bebop music of the 40’s and 50’s as popularised by Charlie Parker, Bud Powell and their contemporaries.

Sam performs regularly around Melbourne each week with bands such as Catfish, The Furbelows, Devil on the Rooftop and The Big and Easy Band to name a few. Much of Sam’s work is as session guitarist.

has performed extensively in Australia and toured Europe and America performing in jazz ensembles.
​ 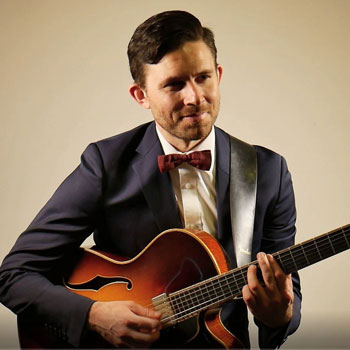