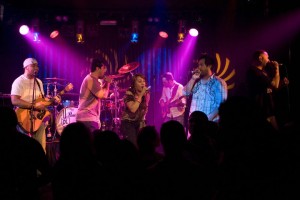 If there was ever a band that had the skill to instantly read an audience, a band who could change their set-list in a heart beat to accommodate the crowd, a band who love the craft of performing live, and a band that were in it for the love of music, it would be Past to Present 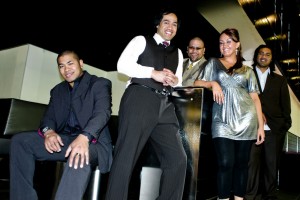 With an impressive resume, Past to Present have not only had successful full time residencies locally, but they have also played to worldwide audiences from the Hard Rock Café Indonesia to Ericsson Stadium, New Zealand, not to mention sharing the stage and supporting legendary international acts including Tom Jones, Tina Turner, Earth Wind & Fire, Destiny’s Child, Shaggy, Craig David, Naughty By Nature, to name a few.

The members of Past to Present are: Frank, Norman, Lennie, Charles and Joanne. – five talented entertainers who individually, each deliver their own quintessential flavour, but when combined, their showmanship and energy is nothing short of truly dynamic!!

…have over fifteen years of live experience behind them, Past to Present has not only been recognised as a talented live act, but also as very successful recording artists. Australian music icons Ian ‘Molly’ Meldrum and Michael Gudinski recognised the band’s undeniable star quality instantly.

Past to present – Listen to them LIVE!

As a result, the original line-up of Past to Present (Frank, Lennie, Norman and newcomer Charles) was signed to Michael Gudinski’s label ‘Mushroom’ in the late 90’s, and was responsible for their initial success and a string of Top 40 hits. The late 90’s also marked the birth of Joanne’s recording career. At only 20 years of age, her debut single ‘Jackie’ had earned her an Aria Award for the ‘Highest Selling Australian Single of 1999’. This initial success was followed by more Top 40 hits and the release of her debut album ‘Do Not Disturb’ in 2001. During this time, Joanne joined forces with ‘Past to Present’ and they toured nationally as a double-act. The tour’s success resulted in Past to Present’s first collaborative recording effort with Joanne. This collaboration was the single ‘Breakin: There’s No Stoppin Us’, released and featured in the movie ‘The Wogboy’. – yet another Top 40 hit. As they say, the rest is history and the current line-up of Past to Present boasts a fusion of intoxicating harmonies, dance floor favourites and the funkiest live musicians around. Musicians include Dayne Lawless (drums), Jeff Sheppard (Keyboard), Johann Linus (Bass) and Matt O’ Connor (Guitar). So, come along and experience this high energy stage show guaranteed to make you move and sweat!! 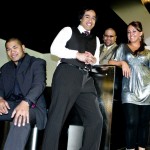 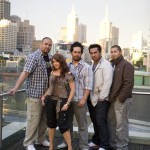 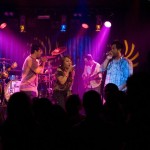 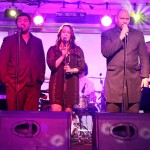 Past To Present was last modified: May 7th, 2018 by Graham Owens
Summary
Service Type
Past to Present
Provider Name
Blue Planet Entertainment,
Level 10, 440 Collins St,Melbourne,Victoria-3000,
Telephone No.1300 738 735
Area
Melbourne and Australia Wide
Description
Past to Present are a Melbourne Based Band available for Corporate Events Weddings and Private Parties
Call Now Button