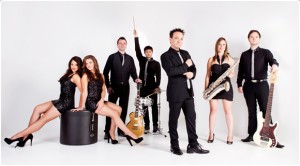 Featuring Louie Lee Feltrin, the cheeky guy that had the whole nation talking with his impersonation of Robbie Williams

….on the television show ‘Star Struck’ on Channel 9 and numerous TV and Radio appearance’s..
Louie brings his own antics and voice to the stage as the amazingly outrageous Party Boyz front man. With Brett McKay, Robbi Z ( yes, she’s a Party Boy..!!..) and Simon Hopman as the all new and awesome foundation for this sensational band.

Louie and The Party Boyz

…have entertained audiences all over Australia and have performed for both local and international celebrities and dignitaries, from festival’s, night clubs, bar’s, pubs, the biggest events to the most special time of your life.!.


Check out the LIVE Performance!!

Swing
Miss Jones
Kick in the head
Straight up & fly right
Beyond the sea
Mack the knife
Mr Bojangles
It had to be you
New York
Something Beautiful
Do nothing till you hear from me
Crazy little thing Called Love
Something Stupid
Just a Gigolo
Bad Habits
Somewhere over the rainbow
Lady Is a Tramp
One More for My Baby
Haven’t met you yet
Come Fly with Me
*Song List is constantly updated and always reviewed and refreshed.

Kids
Angels
You know me
Come Undone
Love Light
Betterman Robbie Williams
You Should be Dancing
Stayin’ Alive
Night Fever
More than a woman Bee Gees
Don’t stop till you get enough
I want you back
Blame it on the Boogie
Can you feel it?
ABC
The way you make me feel
Beat it M.Jackson & Jacksons Medley
Can’t stop the music
YMCA Village People
Can’t get enough of your love Barry White
September
Let’s groove tonight
Boogie Wonderland Earth Wind & Fire
You sexy thing
Everyone’s a Winner Hot Chocolate
If you think I’m sexy
Tonight I’m Yours Rod Stewart
Jungle Boogie
Ladies Night
Celebration
Get down on it Kool and the gang
Superfreak Rick James
Brick House Commodores
Hot Hot Hot Arrow
Let’s stick together Bryan Ferry
Grease Megamix Grease S/track
Superstition Stevie Wonder
Wake me up
I’m your Man
Wham
All night long
Dancing on the ceiling
Lionel Richie
Bus stop Fatback band
Living on a prayer
It’s my Life
Bon Jovi
Sweet Child Gun’s & Roses
Don’t Stop Believing Journey
Party Started
So What !
Coz I can
U & Ur Hand
Fun House
Alone & Lonely Pink
I Will Survive
Walking on Sunshine
Sisters
We are Family Classic R&B
River Deep
Nutbush
Ain’t no Mountain High Enough Tina Turner
Tonight’s Gonna Be A Good Night
Shut up!
Let’s get it Started Black Eyed Pea’s
La Vita Loca
She Bangs Ricky Matrin
Are You with me
Don’t Hold Back Pot Bellies
Sex on Fire
Use Somebody Kings of Leon
Right Round
Low Flow Rider 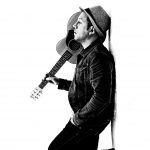 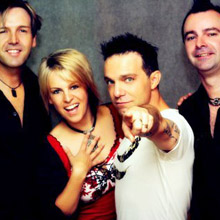