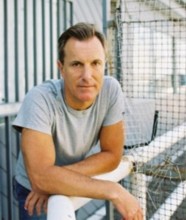 James Reyne is  one of Australia’s most loved singer songwriters

“I just feel that I’m getting better,” James Reyne says. “I’m a better singer and a better songwriter.”

It’s a simple statement, but also remarkable – considering that this is an artist who has sold more than two million albums and written some of the most memorable Australian songs of all time.

But as critic Ed Nimmervoll – who has followed James’ career since it started – remarked when he reviewed James’ 2012 album, Thirteen: “He’s a better singer today than ever, better songwriter, better lyricist. Every track on Thirteen tells you how important all three of those aspects of his craft are to him.”

James Reyne’s songs have provided the soundtrack to endless Australian summers, including “The Boys Light Up”, “Reckless”, “Beautiful People”, “Lakeside”, “Daughters Of The Northern Coast”, “Fall Of Rome”, “Hammerhead”, “Motor’s Too Fast” and “Slave”.

James has been a part of our lives since making an unforgettable debut on Countdown in 1979, with both arms in plaster (the result of being hit by a car, crossing Swanston Street in Melbourne).

“Lucky for the Australian music industry that James Reyne chose to strut through its door in 1979,” Wendy Milson and Helen Thomas wrote in their 1986 book Pay To Play. “His was exactly the profile … an injection of chutzpah to recharge a listless business burdened with hard-to-market punk acts.”

In her 1992 book Your Name’s On The Door, Tracee Hutchison noted that Australian Crawl “boldly explored an ‘Australian-ness’ that was unique at the time and which broke a lot of ground in the development of an Australian ‘sound’.”

As Ed St John declared in the liner notes for Australian Crawl’s farewell album, The Final Wave, “They had a distinctively Melbourne twang that recalled the sounds of many of that city’s great bands – Skyhooks, Jo Jo Zep and The Sports – whilst also stating a youthful, sexy confidence that was all their own.”

Thirty years after it was released, Australian Crawl’s debut album, The Boys Light Up, was featured in The 100 Best Australian Albums. “Australian Crawl would never have gone much beyond their living rooms on Victoria’s Mornington Peninsula,” the authors noted, “had it not been for singer/songwriter James Reyne … a keen observer of human nature and a man with a vitriolic wit.”

James’ distinctive diction has also attracted attention. Semantics producer Mark Opitz says: “No one else sings like James Reyne. He is unique, and you don’t want to lose that.” While Ed Nimmervoll says it’s a voice “as familiar to us as the taste of Vegemite, as essentially Australian”.

Australian Crawl sold more than one million albums in Australia, placing four albums in the Top 5, including 11 weeks at number one.

Only four local bands – Skyhooks, The Seekers, Savage Garden and Midnight Oil – have spent more time on top of the Australian albums chart.

James’ songs have been covered by Paul Kelly and John Farnham, and he’s had 19 Top 40 hits (seven with Australian Crawl, 12 solo) and 10 Top 10 albums.

Critic Craig Mathieson wrote about the enduring appeal of the chart-topping “Reckless” in his 2009 book Playlisted, calling it “as haunted and impervious an Australian classic as you will ever hear”.

But James has never been interested in accolades or awards. His most treasured musical possession is not a Countdown Award or a platinum album; it’s a photo with John Lee Hooker (the blues legend and James were both signed to the same US label in the ’90s).

Australian Crawl defiantly did things their own way. As the Rolling Stone editors explained in 1985’s The Big Australian Rock Book, “Australian Crawl has become a major fixture of the Australian music industry without ever really becoming a part of it.”

James Reyne continues to do things his own way.

“Regrets, you know I’ve had a few,” he confessed on Thirteeen, “but I don’t sweat ’em.”

“James is his own worst enemy,” younger brother David says, “and I’m proud of him for that. He’s unbelievably uncompromising, and all that matters to him is recording, writing and performing.”

“Any day above ground is a good day,” James observed on his third solo album. And every day, he is scavenging, foraging, searching, observing … confident that the next song he writes will be his best.