Greg Ritchie  ….Affectionately known as ‘Fat Cat’, Greg Ritchie is one of the most colourful personalities the game of cricket has ever seen. A former Test batsman, he was known for his with incredible timing and shot selection.

Greg has become the ultimate after dinner speaker. His wonderful story telling, timing and highly humorous material engages and inspires even the most diverse audience. His collection of hilarious anecdotes have led him to become one of the most popular speakers in Australia. Greg is also an excellent master of ceremonies and auctioneer.

Greg’s Test career started in 1982 against Pakistan. Despite his three centuries in the series, he was replaced in the team that played England a few months later. He would regain his spot in the Ashes team in 1985 and would play a total of 30 Tests, scoring 1,690 runs. His 6,000-plus domestic runs over his 10-year career led him to be named as one of the seven greatest Sheffield Shield run-scorers in Queensland cricket history.

Since his retirement in 1986, Ritchie has had a successful media career that was included stints with Channel Nine’s commentary team and Triple M’s breakfast show in Brisbane.

Greg’s knowledge of cricket, professionalism and charm has made him a highly popular speaker and host for corporate and sporting events. Regardless of levels of interest in cricket, Greg is certain to engage and entertain your audience 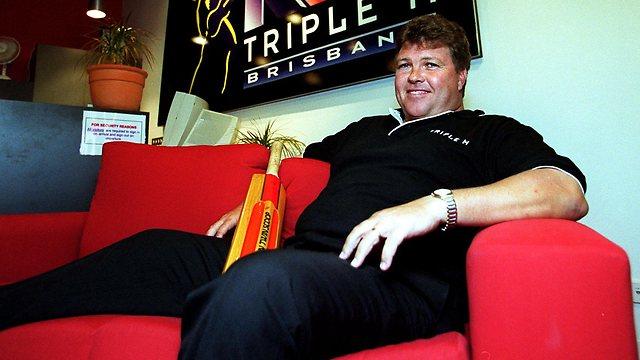 Service Type
Greg Ritchie Motivational Speaker
Provider Name
Blue Planet Entertainment,
Level 10, 440 Collins St,Melbourne,Victoria-3000,
Telephone No.1300 738 735
Area
Brisbane Australia
Description
Affectionately known as ‘Fat Cat’, Greg Ritchie is one of the most colourful personalities the game of cricket has ever seen. A former Test batsman, he was known for his with incredible timing and shot selection.
Call Now Button