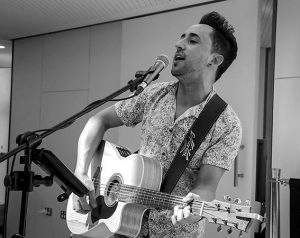 Daniel is a Multi-Instrumentalist, Singer, Musical Director & Producer that has been an integral part of the Melbourne music scene for a decade, and only aged 26.
Daniel’s current live projects include:

His talents have brought him to share the stage with some household names like Daryl Braithwaite, as well as supporting Choirboys, James Reyne & Mark Seymour, John Farnham, Dave Evans (ex ACDC), You Am I, as well as playing keys for American pop artist Andy Grammer, for his Australian Logies performance on national TV in 2017.
Daniel is also known for his two appearances with ‘The Red Jane Show’ (a previous original, Glam Rock band) on Channel 7’s hit TV program ‘Australia’s Got Talent’ which had the band perform to over 1.6 million people, on two occasions. The Red Jane Show was placed finalists over hundreds of entrants. This original project quickly developed a reputation around Melbourne and allowed him to develop a technique to play Drums, Keyboards and sing Lead Vocals/harmonies all at once; yet to be seen done by anyone else in the world.

Growing up in a musical family with not only his father a professional musician, but all five uncles, has not only nurtured Daniel’s natural talents throughout his life of playing but has driven him to learn, perform and conduct himself in a professional manner. It is inevitable that Daniel will have a long and successful career in the music industry. 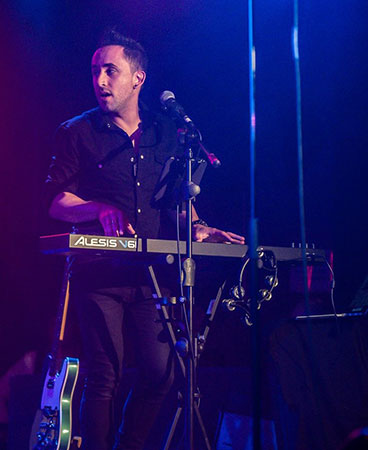