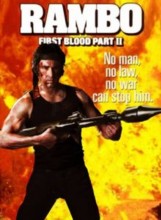 Ben Price can be heard daily on Melbourne’s Gold 104.3 FM on the Grubby and DD Breakfast Show between 6-9am.

You’ve probably seen Ben Price on The Footy Show, The Panel, A Current Affair, The Good Friday Appeal and Starstruck.

Ben Price is an ideal host for any corporate event

Check Out The Video!!

Check Out The Video!!

A Couple of Testimonials..…..Ah it’s just fantastic Ben you know you’re such a good guy as well. That act was just brilliant and the beauty of you is and I don’t know how you do it but it just seems to get better and better. And you’re getting these new voices which is great but it’s the comedy as well. People can do voices and I don’t think they can do them as well as you and it’s not just that it’s actually the jokes and the comedy. The way it all flows together, you just brought it to a higher level every week and for me that one was by far your best one and it looks like you’ve saved your best for last!
– Brian McFadden, Australia’s Got Talent

You mean he’s not the real thing? – can we have our money back?…Seriously, Ben Price is a genuine superstar, we’re in awe of the guy!
– Gold 104.3, Grubby & Dee Dee Breakfast Show

You’re a star with or without this show. If you win it or you don’t, you’re an absolute star! You need your own show. I would tune into every single one.
– Dannii Minogue, Australia’s Got Talent

Not even 300 female football fans could throw Ben off! An amazing Dr.Phil that had us all laughing and wanting more of his uncanny impersonations! A sensational addition to our annual Ladies Luncheon.