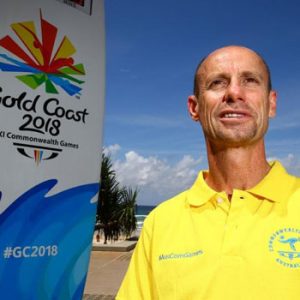 …Over the span of his career, he has competed in countless world games and won an equal number of medals. Now he holds the prestigious title of Chef de Mission for hundreds of athletes, officials and organisers as well as being the face of the media for the 2014 Commonwealth Games, broadcasting the spirit and the action of the Games back to Australian television screens.

Steve competed in his 4th Olympic Games in Sydney 2000 in which he was captain of the Australian athletics team. He has travelled more kilometres than Burke and Wills since running his first marathon at the 1986 Commonwealth Games in Edinburgh.

He has won the Ballarat sports person of the year awards six times, was 1989 Victorian Sport Male Sports Star of the year and was ranked by Athletics International in 1994 as the number one marathon runner in the world. He has run an incredible 22 marathons and finished in 11th place or higher in 20 of them.

Along with Cathy Freeman, Steve is possibly Australia’s most well-known and identifiable athlete. Over the last decade he has continued to be one of Australia’s most outstanding performers at major competitions including the Olympic Games, World Championships, Commonwealth Games and the World Cross Country Titles. Steve’s training was intense. He trained twice a day, every day of the year, covering between 180-200km per week and approximately 8500km a year and still now runs every day with his group in Ballarat.

Steve Moneghetti is a down to earth and articulate speaker who draws parallels between his efforts and success, to those required in the corporate sector and tailors his presentation to client’s needs.

This wealth of experience and achievement more than equips Steve for the challenge of Chef de Mission at the 2014 Commonwealth Games. His previous leadership roles include Athlete Liaison Officer in Manchester (2002), Mayor of the athletes village in Melbourne (2006) and in his current role of Chef de Mission which he has held since Delhi (2010). Steve’s natural leadership ability combined with his extensive experience and absolute understanding of the athletes and the weight of responsibility upon them, makes him the perfect role model, diplomat and leader for his current position.
Steve is a fascinating speaker with an extraordinary story to tell. He is extremely popular and his experience and leadership qualities are highly respected amongst all who have had the pleasure to work with him or to see him in action.

Steve Moneghetti Testimonials:
“Excellent…the feedback has been tremendous, the attendees at the meeting were thrilled to have you as the “Mystery Guest Speaker”. They came away feeling very motivated and ready to tackle their upcoming extremely busy time of the year with great gusto.”
Kleins Australia
“Excellent. Completely natural, genuine and sincere talk. Could relate sporting experiences to pressures of business world. First class.”
Elanco Animal Health
I am indebted to Steve for the professionalism he demonstrated in planning, preparing and executing his presentation and would wholly recommend Steve to any organisation who is seeking to locate a top quality speaker.”
Don Sutherland, Dentsply (Aust) 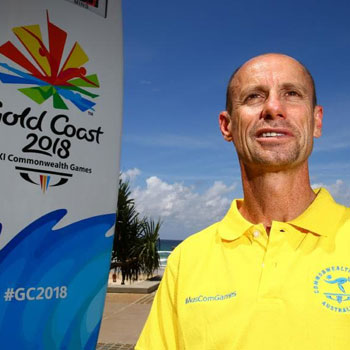